In need of dire humanitarian aid, the team travels to Maïmana, Afghanistan
to treat the most severely impacted region hit by the Coronavirus.
Along with the support of the PHYSIS Foundation, a two week long mission has begun to support the local authorities in their efforts to contain the current morbid situation. Dr. Klaus Schustereder, experienced doctor in epidemic and infectious diseases, will update us on the progress.
Patients
Professionnels de la santé
Établissements médicaux
Pharmacies
Laboratoires d'analyses
Centres de radiologie
Hôpitaux
tous réunis au même endroit
Log inSee latest update 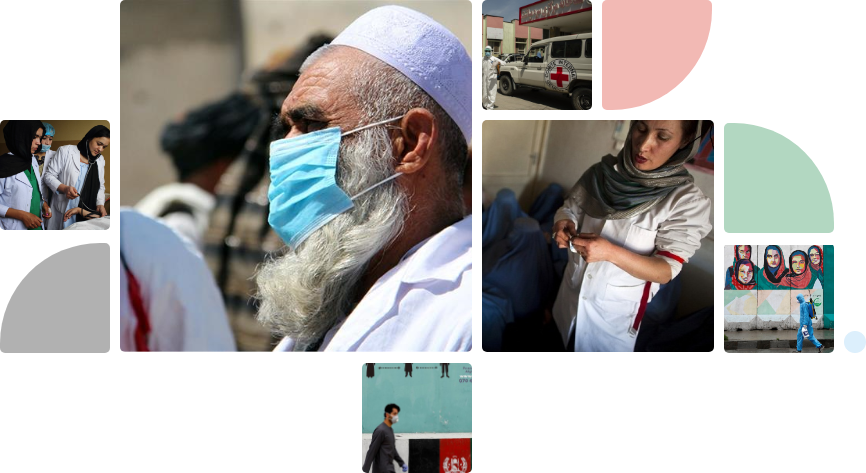 DISCLAIMER - Some pictures / videos may contain disturbing content to some viewers 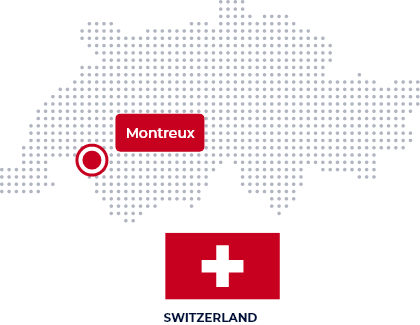 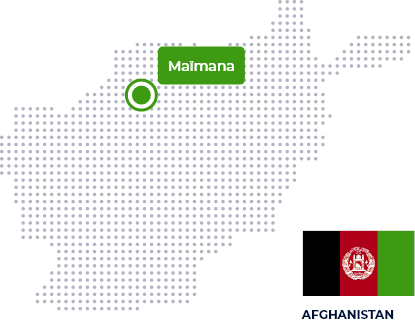 In the heart of the Faryab province of Afghanistan, chaos has broken loose. The COVID-19 pandemic has been rapidly spreading throughout the region. Originally one of the most dangerous places in Afghanistan, recent development projects in the province have focused on expanding its agricultural potential, in particular the re-forestation of areas that were denuded in the recent past. However, many of these initiatives have come to a standstill as havoc has taken back control…

All around the world and increasingly in Asian countries, COVID-19 has become a nationwide challenge for Afghanistan. Decades of war have had a heavy impact on a health system that is now unable to contain or adequately monitor the spread of the virus. The Afghan government recently released figures stating that there were over 35’000 confirmed cases and approximately 1'200 deaths attributed to the disease.
According to World Health Organization, there are major issues with the testing of the virus. These low levels suggest that there are "substantially" more Covid-19 cases than the official numbers dictate. This comes even after deploying two development programs to promote health recommendations to fight the virus in thousands of rural and urban communities.

Although, some awareness campaigns have helped dispel misinformation about the coronavirus, while promoting precautionary measures like frequent hand washing and wearing masks. The response plan identified four key aspects of immunisation service delivery that are already being used to help tackle the virus:
1

To raise awareness about the disease and reinforce prevention measures in hard-to-reach areas.
3

A network of around 60,000 people will orchestrate surveillance, contact tracing, diagnostics and quarantine duties.
4

Mobilised to carry out the Emergency Response Plan.
It's difficult to assess the true scale of coronavirus in Afghanistan. The healthcare system was already under-resourced before the pandemic. Many individuals that were in need of medical care travelled to neighbouring countries, like Pakistan or India for treatment. Many of the doctors have blamed corruption for the current lack of staff and equipment in government hospitals. 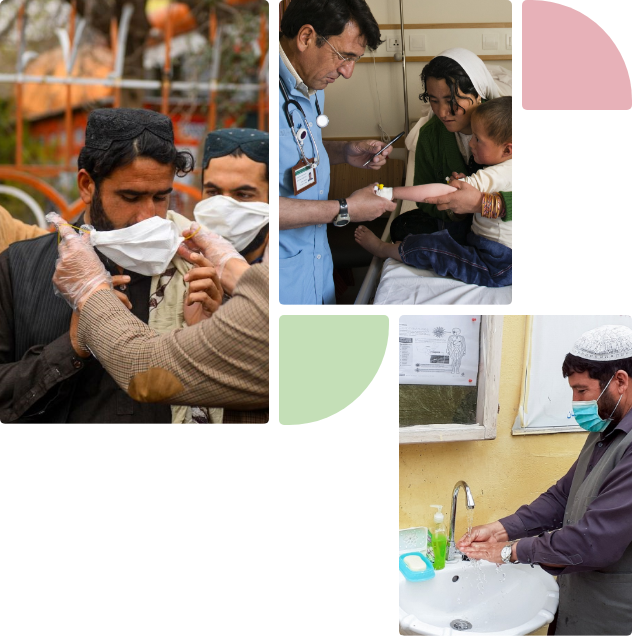 The mismanagement of funds has been a huge issue across the government, but in particular at the moment in the Health Ministry due to the extra resources that have been recently allocated to tackle Covid-19. An official proclaimed that the ministry has never managed this amount of money in the past, which means that it is even harder to put an efficient oversight process in place.

Meanwhile, the violence in the country continues, with an increase in Taliban attacks and targeted killings by unknown militants in the capital Kabul. The full impact of COVID-19 on Afghanistan remains to be seen, but how well the country copes depends on a large extent to the ongoing support of its partners and the broader global community.
Katarina will answer this call, by direct invitation, to support the region in these perilous times. The team members will travel to Faryab’s capital city of Maïmana equipped with the necessary resources to make the positive impact needed.

The Swiss medical technology startup has partnered with PHYSIS Foundation to aid this two week long mission to help as many affected lives as possible in this area. More information will follow on this situation as the team prepares for their imminent departure, the whole organisation can only hope that its intervention will prove successful and that it is not too late to help this community in need.

Time has come to start the initial voyage to Kabul, Afghanistan. Dr. Klaus Schustereder will makes his way swiftly to the other side of the globe.

As he embarques on this life changing journey, you will be able to follow his every move right here. We wish him and the rest of the team the best of luck and may their trip bring a glimmer of hope back to the perilous region.

After many sleepless hours of travel, they have made it!

The team will make their way to the safe house provided to them by the Afghan government in Kabul. Once regrouped, final discussions will begin with supporting bodies to plan out the last details for their arrival in the Faryab Province and the beginning of the efforts to save the lives of those terribly affected by the Coronavirus. More to follow shortly….

How will Dr. Klaus Schustereder study this disease?

The importance of security and trust.

Finally landed on-site, after a turbulent flight into one of the most dangerous regions in Afghanistan. Greeted at our arrival by the esteemed Dr Naim, Health Director of Faryab.

A long day awaits Dr. Schustereder, as he approaches the government controlled makeshift COVID-19 hospital, in the capital city of Maïmana.

The disruption caused by the Coronavirus in Afghanistan is devastating. As Dr. Klaus Schustereder spent the day observing patients and supporting medical professionals, we can remark the severity of its impact.

We are thankful to all the supporting hands that have come together to help remedy this situation the best they can. Understanding patient progression via medical monitoring has proven to significantly improve the efficiency of these professionals in healing their patients.

Important day here as we reach the one week mark into our journey. The team took the time to meet with various officials at the Faryab Provincial Public Health Directorate.

The significance of closely collaborating with government bodies on the ground cannot be stressed enough. Not only for our personal safety, but also in order to understand the vision this region’s leaders have for the province, on a larger scale, as we search for the optimal way in which to support their current and future needs.

The Afghan government has been spreading this pamphlet to their citizens to warn them about the Coronavirus and various preventative measures to take. These include respecting distances, washing hands, staying at home and more… They additionally mention that to further increase your defence system, it is advised to eat vegetables.

After having proven to be so useful to the medical professionals in Faryab, it has just been communicated to the team, by the health director, that they would like to officially use Katarina Medical Monitoring, in the province to help all 2’000’000 citizens!

Katarina is honoured to have been given this opportunity. After going through the necessary administrative and legal hurdles, the implementation of Katarina in Afghanistan will truly be life changing to the practice of medicine.

As the team departs from Maïmana, they are sent off with the utmost regards from the medical professionals within the region. It has been an incredibly insightful experience for Katarina to be a part of this journey. Now that time has come to head back home, we are happy to have positively impacted the situation.

Although there is still much to be done, these first few steps in the right direction have given everyone hope that a better future is possible. We expect this newly found motivation to be a catalyst for growth and a driver of sustained recovery.

Recap on the study of diseases

Insert your email address below and the team will send you a message as soon as there are any developments within the region.
[]
1 Step 1
keyboard_arrow_leftPrevious
Nextkeyboard_arrow_right

Next steps in Afghanistan...

We will keep you updated as
Katarina expands worldwide!